" I did it and can’t believe it. I just settled and relaxed. When I first went to you there was no way I was going on a plane. But Alan I DID IT and all thanks to you! " 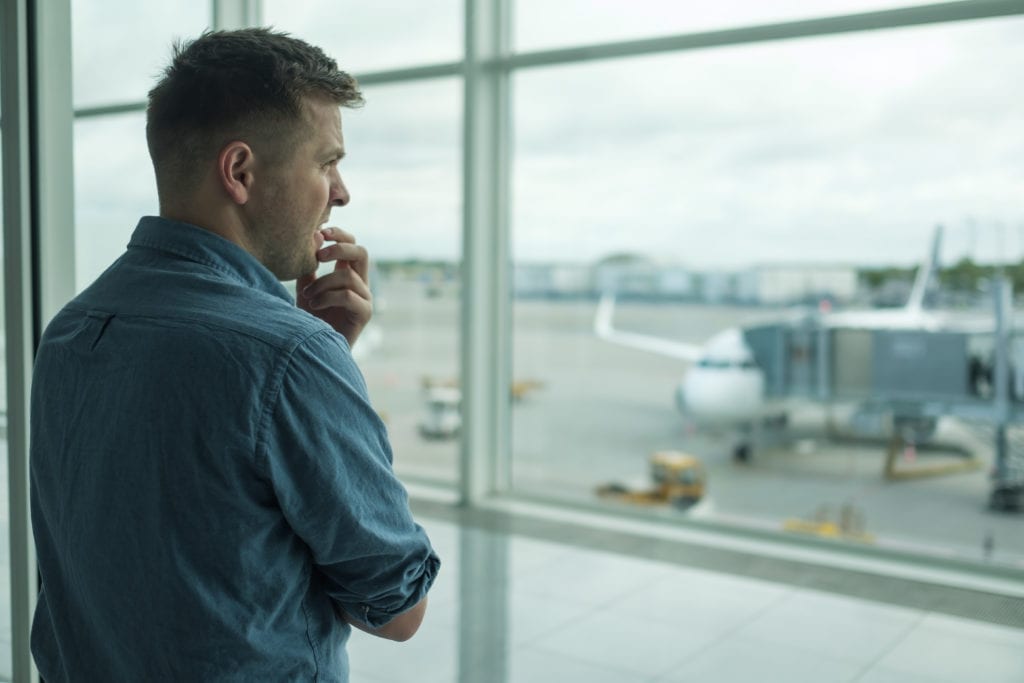 Over the years, I have helped many thousands of people overcome their fear of flying.

It may have been created from concerns about the weather, the conduct of other passengers, running out of fuel,  heavy turbulence,  landings and takeoffs.

As well as flying over mountains or water, feeling of being trapped, having a panic attack,  terrorists,  being hijacked to name but a few.

Over my 35 years in practice, I have had clients who have cancelled their honeymoon, refused promotion in their employment. Others have turned down the opportunity of a "free holiday" or visiting family overseas simply because they will not fly.

Clients come to me who even had a fear of going to the toilet on a plane!

News coverage, either in print or on the television, can also cause people to become frightened and are reluctant to put their trust into the hands of a pilot.

Air travel is now a necessary part of a journey for most people, and more people are currently seeking help to overcome their fears than ever before.

The fear of flying is called aviophobia or aerophobia.

It is one of the most common fears, and yet according to insurance brokers, ' flying is 25 times safer than driving a car'.

With over 200,000 international flights taking off and landing each day, people still have a fear of being out of control as a passenger on a plane.

It has been calculated that over a million passengers are in the air at any one time!

Air travel is the safest mode of mass transportation.

According to Dr Arnold Barnett of MIT and based on the air accident rate over the last few years. You would have to fly on average once a day every day for 22,000 years before encountering a commercial aviation incident.

Since I first wrote the above statistics over six years ago, it has now changed to once a day every day for 123,000 years. That's how much aircraft reliability has improved in such a short space of time!

According to statistics, you are much more at risk on that drive than on your flight!

So the TRUE aviation danger is your drive to the local airport!

Subliminal Factors Giving Rise to a Fear Of Flying

Clients often describe it to me as 'I just don't want to make a fool out of myself in front of other passengers, either on a plane or at the airport'.

They categorise themselves as 'the white knuckle brigade'. Just sitting there, hands clenched to the sides of the seat, staring straight ahead and not talking, and inwardly praying.

It's not surprising because, whenever the passenger decides to go on a journey/holiday, from the time they book the flight for their holidays, etc., a lot of subliminal factors start to emerge.

These are the prime examples.

Whenever the person books their flight, they are asked to take out insurance - just in case!

On arriving at the airport, the first building they enter is the TERMINAL!. Which is usually littered with advertisements for insurance - just in case! 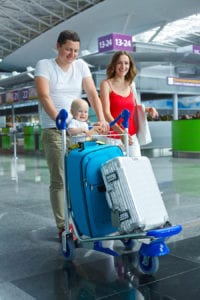 Embarking the aircraft, they are greeted by the smiling stewardesses who will show them to their seats. The back of the seat shows the safety instructions which they are advised to read - just in case!

Stewardesses then walk down the aisles. As required, they check that all the seat belts are fastened, and the seats are in the upright position for takeoff - just in case!

Once the aircraft is prepared for takeoff, the stewardesses then instruct the passengers. Safety procedures are shown complete with lifejackets and the brace position - just in case!

Does all this sound familiar?

It's no surprise then that people can quickly become phobic about flying even before the plane takes off. Yet these procedures are necessary!

If you have a fear of flying.

Fast Track Hypnosis is the ideal way to help overcome the fear. It's achieved by implanting into your subconscious mind positive suggestions, and by teaching you to relax. Not only when on the aircraft, but also the run-up to your flight. Since the quality of life can be significantly affected by the constant stress about the eventual journey.

Via Fast Track Hypnosis and the CDs and Downloads supplied you are taught how to relax. This state of relaxation can be transferred to whenever and wherever you need it - in the departure lounge, on the plane, during your flight etc.

You are also shown how to use auto-hypnosis as an aid to your ongoing success as you progress.

It is impossible to be accurate how many sessions it takes as each person is an individual.

However, normally only 4 Fast Track sessions are required (as opposed to conventional Hypnotherapy which can take up to 15 sessions).

Alan, I can't believe it, I made it to Venice, even managed to look out the window. Thank you for all your help and at llast I can have my special 25th wedding anniversary. Before I could only dream. Now it is a reality. Anne mc....

Alan, Thank you for all the help and support- I would not have been able to cope without it. The Hypnosis sessions have worked wonders and I feel confident that I will be able to fly again whenever I want to. Thanks again. Jennifer